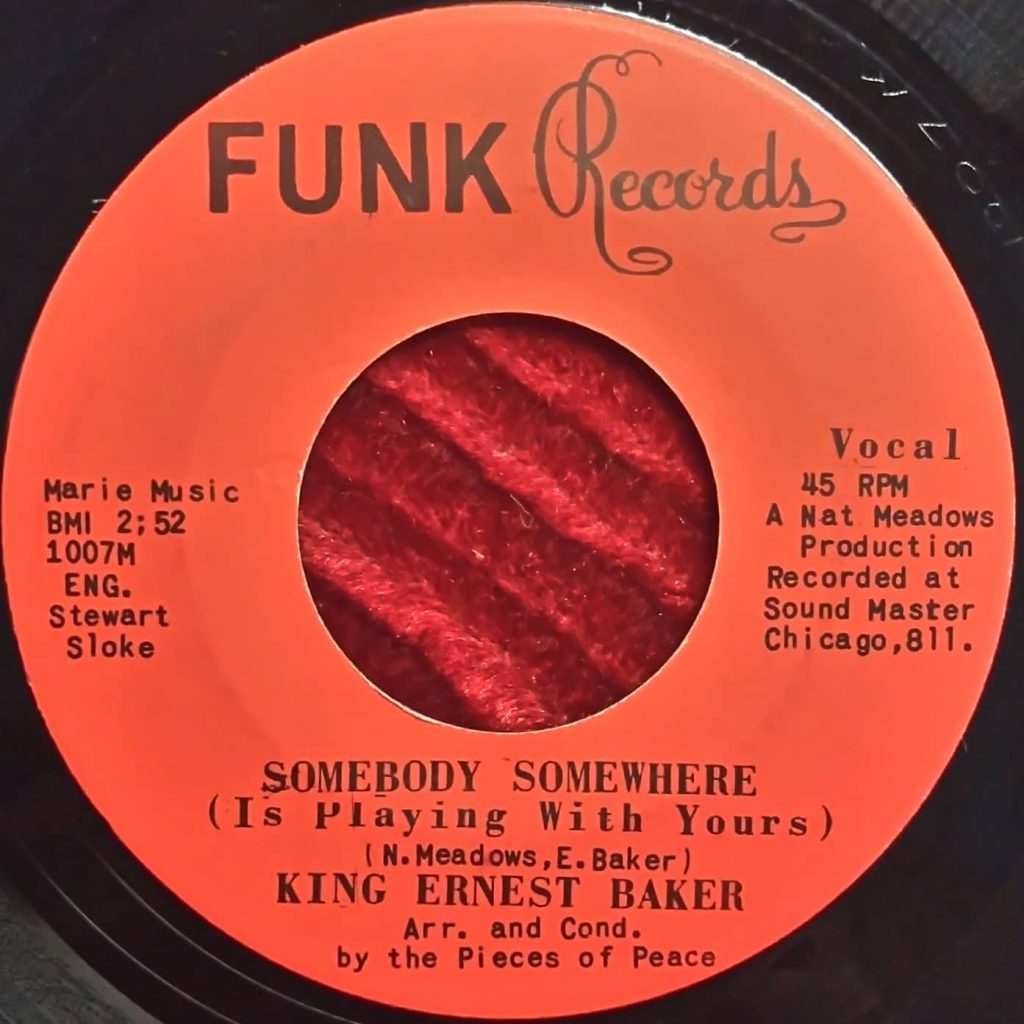 
The “Records” in the labeldesign is obviously nicked from the Louisiana Paula Label (maybe a revenge against Young Holt? See below), the text layout & feels very much like the Syl Johnson’s Twinight label where they worked at.

“The line-up of “Rahmlee” Michael Davis and Jerry Wilson on horns, John Bishop on guitar, Bernard Reed on bass, and Hal “Heavy” Nesbitt on drums had formed while working for Carl Davis at Brunswick. As employees, Pieces Of Peace were behind such legendary sessions as “Can I Change My Mind” for Tyrone Davis and the massive “Soulful Strut,” which was absurdly credited to Young-Holt Unlimited, though neither Isaac Young nor Redd Holt played on that session. After a falling out with the egomaniacal Davis, they literally walked out of Brunswick, straight down Michigan Avenue 2131. Syl Johnson put them to work immediately backing what would become his signature song, “Is It Because I’m Black.” Discogs